Regent Plus is in the business of Seafood Trading from its inception in 2000. We are sourcing high quality seafood from a number of selected seafood factories from both the East and West coast of India for the global market.

The Indian sub-continent is blessed with a vast resource of marine wealth, spread along the three sides of the Indian peninsula. Indian seafood is considered as a delicacy all over the world and so is in constant demand in the International market.

Riding on a robust demand for its frozen shrimp and frozen fish in the international markets, India exported 11,34,948 MT of seafood, worth an all time high of US$ 5.78 billion (Rs 37, 870.90 crore) in 2016-17, with the USA and South East Asia continuing to be the major importers ,while the demand from the European Union (EU) grew substantially during the same period. The increased production of Vannamei, diversification of aquaculture species, sustained measures to ensure quality and the increase in infrastructure facilities for production of value added products are largely responsible for India’s positive growth in export of seafood.

For many years, marine exporters, traders and buyers were not open to the changes sweeping across the world markets. Competition in all segments has changed. The rule of the Marine exports was no different. Regent Plus saw this evolving trend years ahead. Having won high acclaim for our professional excellence in seafood marketing ,we have grown by leaps and bounds over this period of time.

Having spread our network to many Asian and European countries, we are now planning to enter the Russian and US markets in a big way. We have already established contacts in these countries and we are now expecting orders worth Crores of rupees in the coming years. We are also shipping Frozen Tuna in large quantities to African countries, especially to Tunisia. 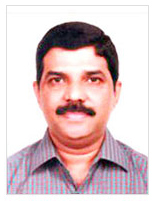 A commerce graduate with abundance of experience in seafood business, he started his career with a reputed seafood trader in Cochin and is well known to almost all seafood factories in India. Having more than 30 years of experience in Seafood Industry, his knowledge and exposure is a great asset to the firm. Through vision and meticulous planning, he is guiding the firm to become the number one seafood trader in India. 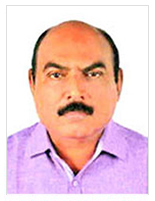 A commerce post-graduate with lots of exposure in seafood industry, he started his career in Bahrain in a reputed computer firm. His knowledge in administration, accounts, international trading and business management is noteworthy. He returned to India in the year 1991 and since then is actively involved with seafood industry in various capacities. He has very good relationship with various seafood buyers worldwide. His knowledge and exposure in seafood trading guarantees success to the firm.